The history of the Reverso starts in the year of 1931. The legends tells that Cesar de Trey, a Swiss businessman and watch aficionado, was attending a polo match of British army officers while travelling India. One of the players had just broken the glass of his watch. De Trey discussed the idea of a watch model robust enough to survive the hard knocks of a polo game with Jacques-David LeCoultre.

LeCoultre tasked the firm Jaeger S.A with the creation of a reversible case.

The case can be swivelled in its carrier to protect the watch glass. The Reverso was born. The name is inspired by the Latin “I turn around”. The well proportioned rectangular shape with the three grooves at the top and bottom of case is considered a classic of Art Deco design.

To this day the Reverso is still produced and is a statement of Jaeger-LeCoultre’s relationship with polo.

In 2011, Jaeger-LeCoultre celebrated the 80th anniversary of the Reverso and during SIHH 2011, JCL commorated this anniversary with the Grande Reverso Ultra Thin Tribute to 1931 model.

This authentic model comes with the original dial and hands and is presented in an extremely flat and large case, measuring 46.8mm x 27.4mm wide and 7.3 mm thick. There is no brand name on the dial, just the word “Reverso” which is of course well known and closely related to JLC itself.

The lugs are thick and downward sloped to make the watch comfortable on the wrist. On the black dial is a rectangular minute with aged hour markers and a double mark at the 12 o’clock position. The watch uses aged baton hands to tell the time. 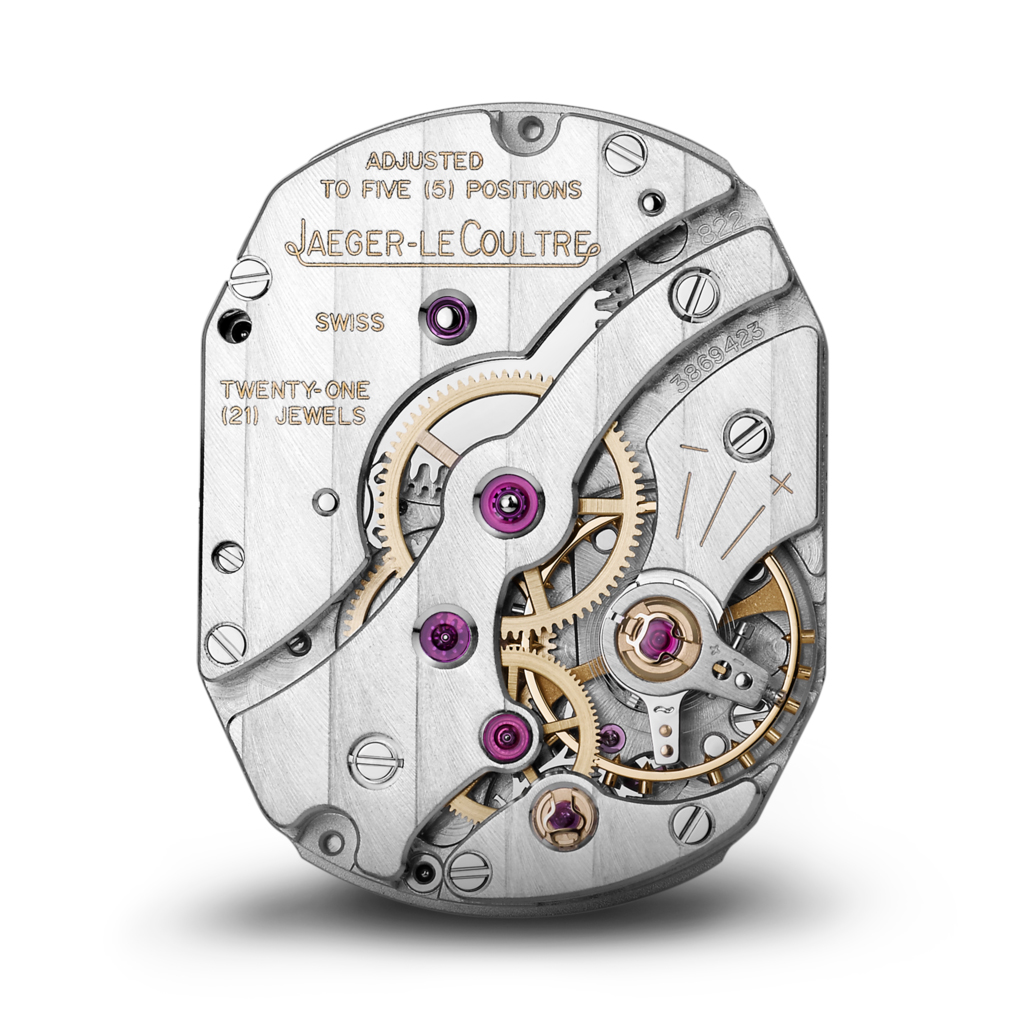 Inside the watch ticks the manually wound Jaeger-LeCoultre Calibre 822 (21 jewels) which beats at 21.600 vibrations per hour. It has a power reserve of 45 hours. Most rectangular and tonneau shaped cases in the industry contain a round movement. But this is a JLC watch, the movement is shaped to the dimensions of the watch itself (true case movement).

Comparing the modern watch to the original, it’s clear that Jaeger-LeCoultre was successful in developing a honorable tribute to the 1931 icon. The watch captures the essential elements of the original Reverso. Perhaps the best example of staying true to it’s origin is the the solid caseback. Imposing a sapphire caseback would have damaged the credibility of the watch as a re-edition of an iconic sports watch. 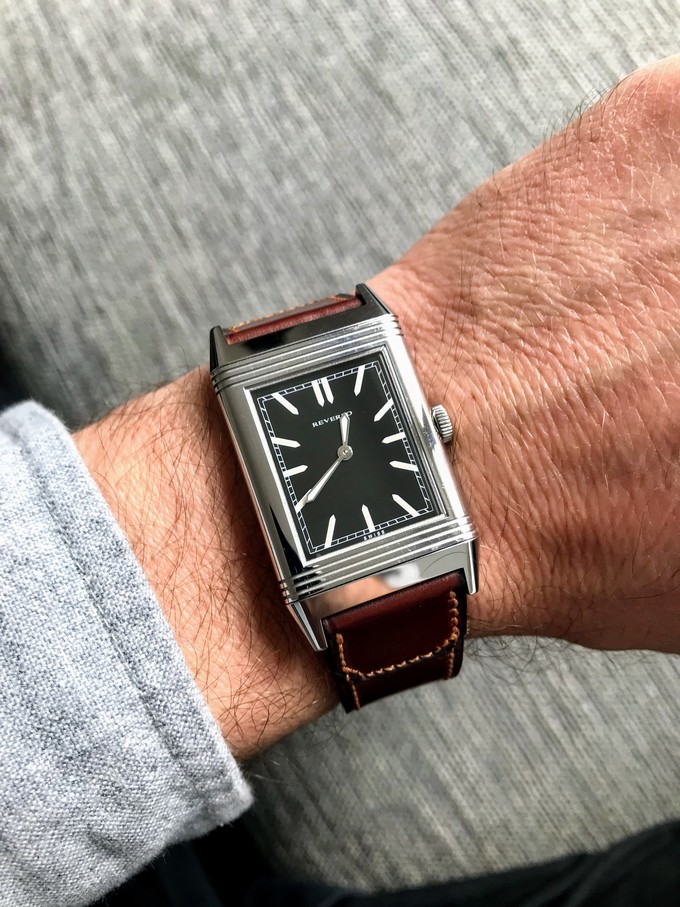 The Reverso Tribute joined my collection in 2017 as a present from my mother. I equipped the JLC with an aftermarket strap from Casa Fagliano, a historical Polo leather workshop from Argentina. The watch is certainly not meant for daily use and abuse but whenever the circumstances allow, it is a pleasure to wear. A solid movement, vintage looks, outstanding quality and a significance to history makes this watch a modern classic.