The Expanse is a science fiction novel by James S. A. Corey, the pseudonym of Daniel Abraham and Ty Franck. It is set in the near future in which humanity has colonized most of the solar system, but does not have faster than light travel. The setting was orininaly developed as a pitch for a MMO computer game but was later adoped into a series of books and a successful tv show.

The story provides a realistic outlook into the future of humanity. Gravity is for example not created by a mysterious and unexplained device as in Star Wars or Star Trek but by acceleration. Spaceships brake by accelerating into the other direction (flip and burn). And there are no pew-pew lasers but bullets, torpedos and railguns. 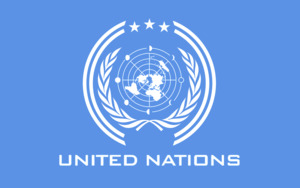 By the mid and late 21st century, humanity’s national governments are confronted with overpopulation and the resulting difficult state of Earth’s ecosystem. They unite under a global government. The United Nations.

The UN begins to establish colonies on other planets and moons in the Sol system, the most notable of these being Luna and Mars.

In the 22nd century the colonial government of Mars demands independence. The United Nations refuses and war is imminent. Mars offers to share the revolutionary Epstein drive technology in exchange for independence. The UN agrees in order to avoid Mars having a tactical advantage in spaceship technology.

Now free to expand into the outer Sol system, the UN establishes colonies on several Jovian moons, as well as Titan. 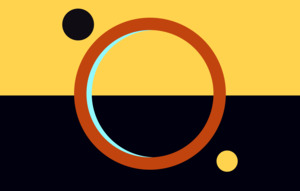 Originally a colony of Earth and in the beginning highly depending on the blue planet, three generations after the first settlers landed, Mars became largely self-sustaining. Mars also became a leader in environmental technology and research as well as the design and manufacture of advanced spaceships.

Many of the colonists on Mars during this period want to secede from Earth, comparing themselves to the American colonies of the 17th century. If not for Solomon Epstein and his accidental invention of what would come to be called the Epstein Drive, war between the planet and its colony may have been inevitable. Mars had a major technological advantage over Earth with this drive. The new ships could go further and faster than anything that had been built before, opening up the rest of the solar system for exploration, settlement and resource gathering.

The Martian government offered the UN access to the Epstein Drive in exchange for granting Mars its sovereignty. The UN accepted and the Martian Congressional Republic was formed. Mars is a militaristic society with the goal of terraforming their planet and protecting their interests in the solar system. 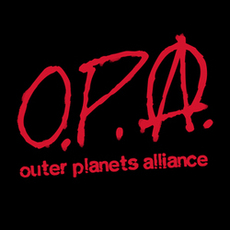 The Asteroid Belt, often referred to as just The Belt, is a circumstellar disc located in the region of the Sol system between the orbits of the planets Mars and Jupiter. The Belt was colonized by humans in the 21st century. Humans born in the Belt, called Belters, are thinner and taller than humans from the inner planets due to the lower gravity environment. The population of the Belt is estimated at around 50 million according to inner planets censuses. The Outer Planets Alliance (OPA) is a loosely affiliated group uniting under a common ideology that started as a labor union or advocacy group, fighting for the interests of inhabitants of the Belt. Often in direct conflict with the inner planets.

The ice hauling ship Canterbury is traveling back from Saturn to Ceres when it encounters a distress signal. Five members (Jim Holden (Earth), Naomi Nagata (Belt), Alex Kamal (Mars), Amos Burton (Earth) and Shed Garvey(Earth)) of the crew are sent in a shuttle to investigate and discover a transport vessel called Scopuli. There is no trace of the crew but they discover the beacon transmitting the distress signal. They leave the Scopuli with the beacon and head back to the Canterbury in fear of a pirate trap. Before they arrive, a unknown stealth warship decloaks and destroys the Canterbury with a nuclear torpedo.

Based on the advanced technology of the warship and the discovery that the beacon from the Scopuli is of Martian origin, the survivors suspect the MCRN of being behind the attack. With the shuttle damaged by the debris field of the explosion the crew decides to send out a message to the entire system implicating Mars in the destruction of the Canterbury.

The MCRN battleship Donnager, flagship of the Mars Jupiter fleet responds and the shuttle is ordered to rendezvous with the Donnager. Aboard the battleship the captain denies any knowledge of the MCRN involvment in the attack on the Canterbury. More unknown stealth ships arrive to the site and open fire on the Donnager. Despite the fact that the Donnager is one of the most advanced warships in the Solar System, it is overwhelmed by the mysterious enemy ships and eventually boarded. During the battle a railgun round penetrates the hull and kills Garvey.

Realizing that the Canterbury survivors are the target of the attack, a team of MCRN Marines is ordered to evacuate them from the battleship. All Marian Marines are killed in the process and the four surviving crew members are able to escape aboard the light frigate Tachi just before the Donnager is scuttled.

The other arc of the book tells the story of detective Joe Miller (Belt) who is contracted to locate Julie Mao. The daughter of the wealthy Earth magnate Jules-Pierre Mao. Later the story lines merge and Miller joins the crew of the Tachi (later renamed to Rocinante). They eventually discover the body of Julie Mao on the moon Eros. The corpse is covered in a strange organic material. This material is later unveiled of being of alien origin and named the Protomolecule.

The Protomolecule is able to transform biomass in order to create a structure of unknown purpose. This is the beginning of the story surrounding the crew of the frigate Rocinante.

Adding the Protomolecule to the high tensions between the fractions develops the story. The members of the crew with their diverse backgrounds and character makes The Expanse the best Sci-Fi of the early 21st century. The books have been adapted by a TV Show which is also highly recommended. This is the future the way it was supposed to be!