The Black Bay Fifty-Eight was introduced at Baselworld 2018. It is an anniversary-model to commemorate 60 years of the Tudor Submariner which was released in 1958.

The idea behind this watch is to go back to the original Big Crown models and create a vintage-inspired modern take on the Submariner-like dive watches. 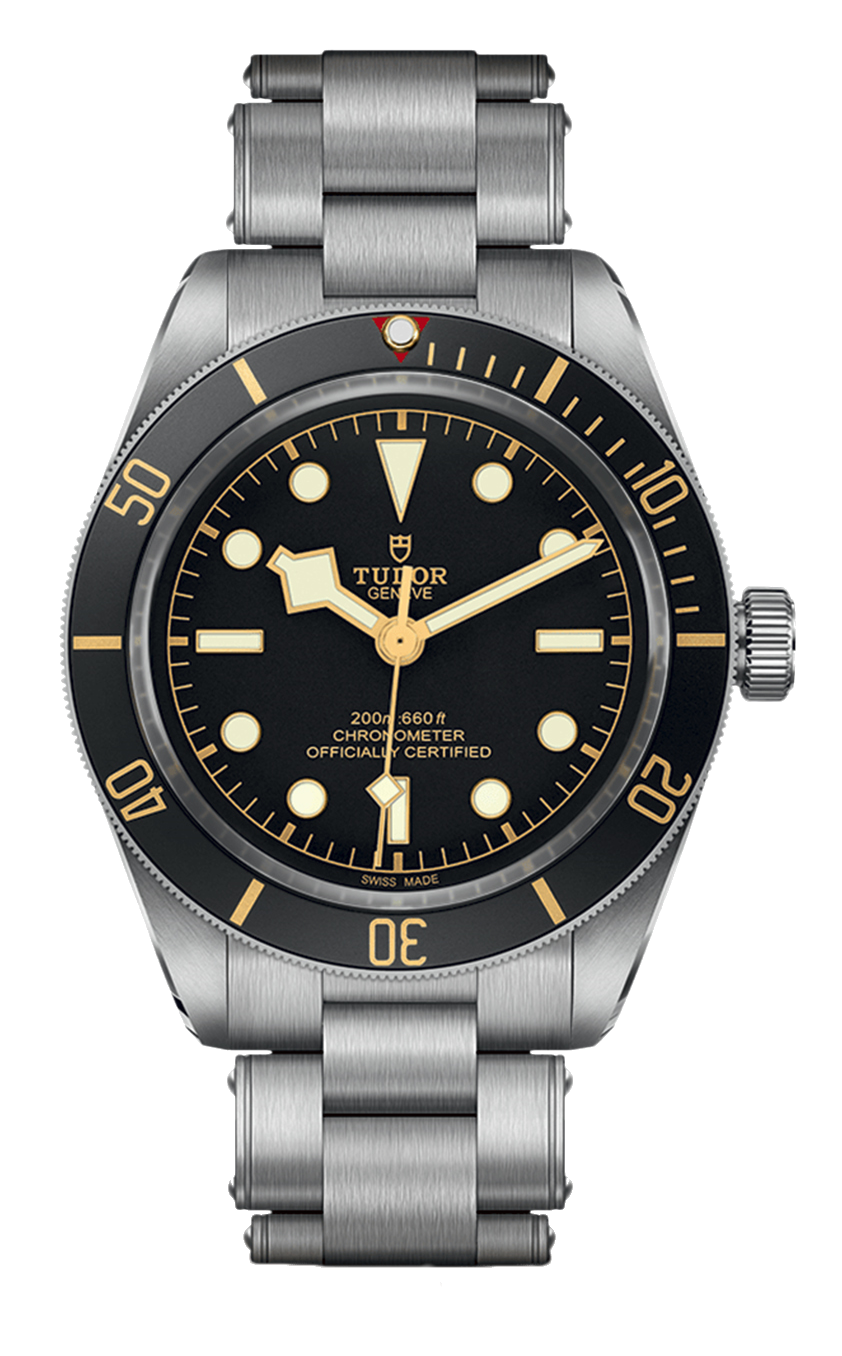 The Tudor Oyster Prince Submariner ‘Big Crown’ reference 7924 used many parts from Rolex Submariners in those days. The crown and bracelet carried for exampled Rolex markings. The watch was water-resistant up to 200m (600 feet) and featured a large screw-down crown.

In the same year, the reference 7925 was released with a depth rating of 100m (300 feet) and the distinctive red triangle at the zero point of the diving bezel. The Marine nationale francaise (MN), the US Navy (USN) and other military organizations throughout the world equipped their elite personnel with the Tudor Sub.

Watches delivered to these military entities were neither custom-designed nor specially developed. They were just references listed in the Tudor cataloge. Their only distinction was an engraving on the screw-down case back. The Marine nationale francaise watches, for example, bear the initials M.N. accompanied by the last two digits of the year in which they were delivered.

Examples surviving to this day are rarely in perfect condition since they were used in extremely harsh conditions. The relative rarity of these watches and their respective stories make them a highly prized collectors item.

Initially, the new Tudor Black Bay 58 looks just like another Black Bay, a Submariner-like dive watch with vintage inspiration. But the watch is an evolution and at the same time a return to the original dimensions of the Tudor Submariner. 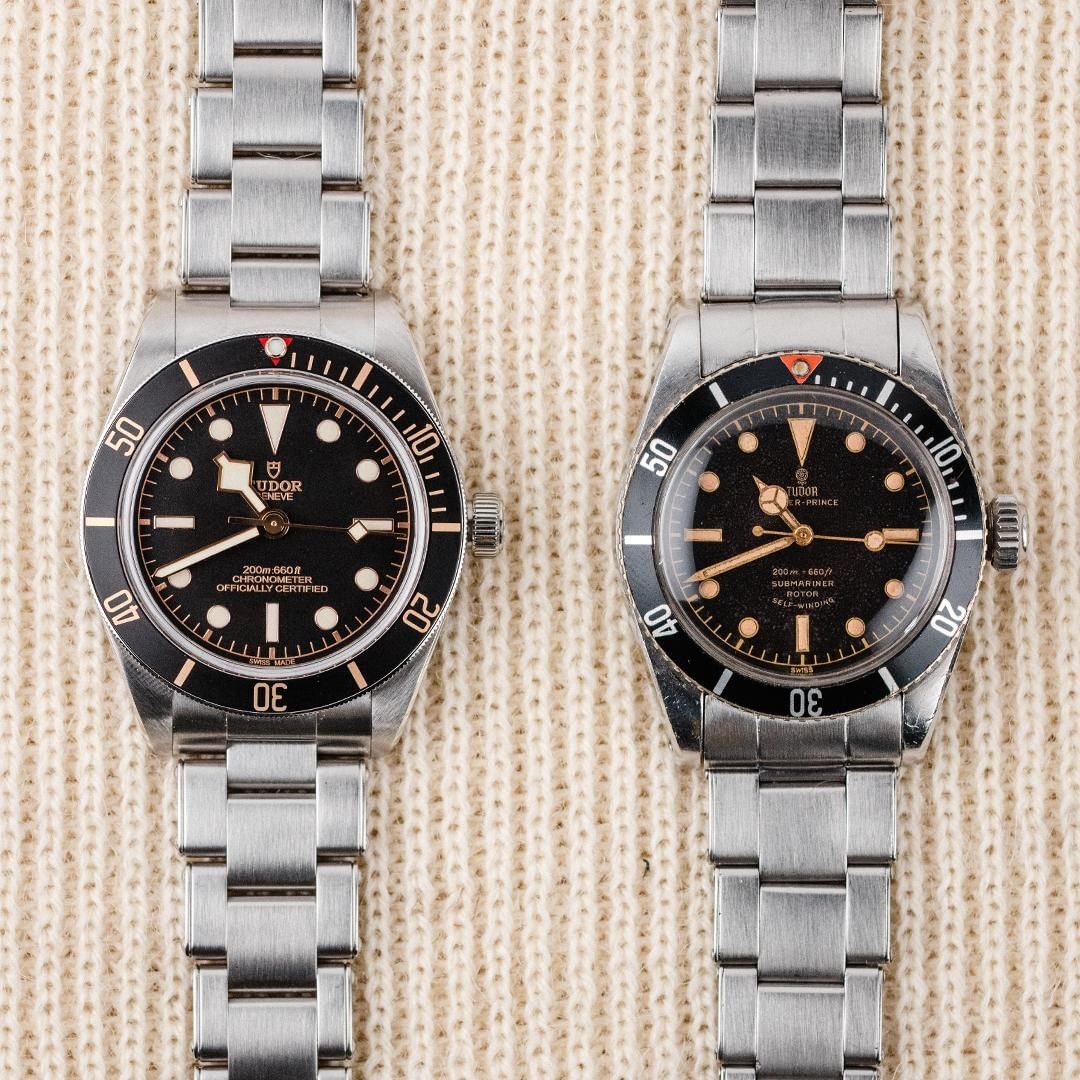 The alignment with the original Big Crown models – mainly the Tudor Submariner 7924 and 7925 means the 58 is a smaller and slimmer version of the bulky Black Bay.

The 58 is 39mm in diameter. While the original ref. 7924 was even smaller at 37mm, the effort taken by Tudor to reduce the case size from the original Black Bay is a nod to watch enthusiasts who have been asking for smaller watches for years. The lug width has also been reduced to 20mm, to keep the proportions balanced. The case was condensed in height to now only 11.9mm.

Overall the 58 ist a well-proportioned watch and sits nicely on the wrist. 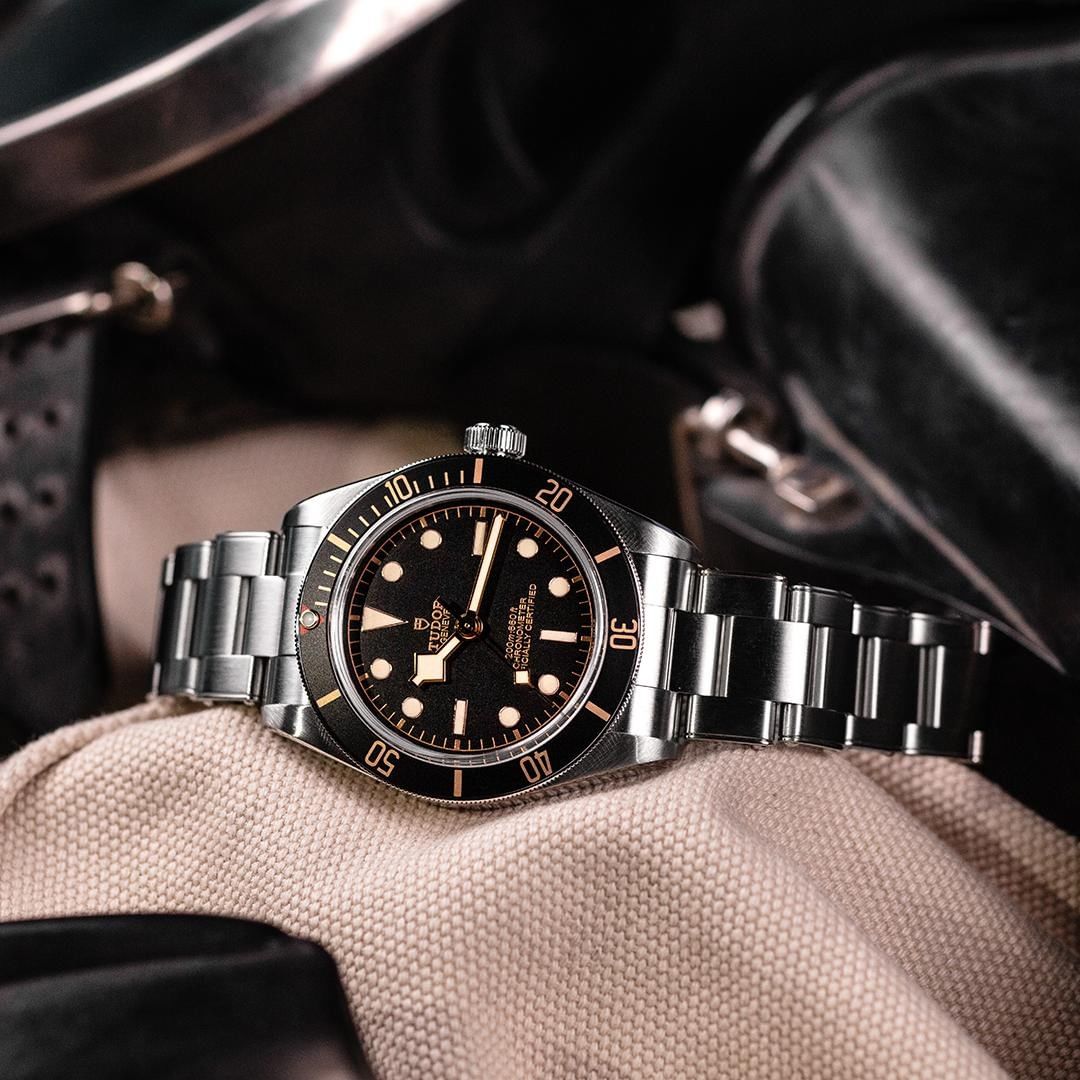 Snowflakes on a guilt dial

As a modern interpretation of a classic, the Fifty-Eight has golden writing and minuteries. Also, a one-directional rotating bezel with gold lettering, classic with aluminum inlay and a red triangular marking at 12 adorns the watch.

Tudor went with golden snowflake hands which is a deviation from the original Submariner but it works surprisingly well.

The BB58 comes with the Tudor in-house MT5402 movement which is COSC certified. It has a power reserve of a whopping 70 hours. This means one can easily leave the watch on the nightstand over the weekend and pick it up on Monday without having to adjust the time.

The Black Bay Fifty-Eight is a good looking dive watch and comes at a fair price.